Here's what my design wall looks like today. I haven' t had much sewing mojo lately so not much has changed. The only change from last week is my attempt to mock up borders around the center of the bad churn dash top. 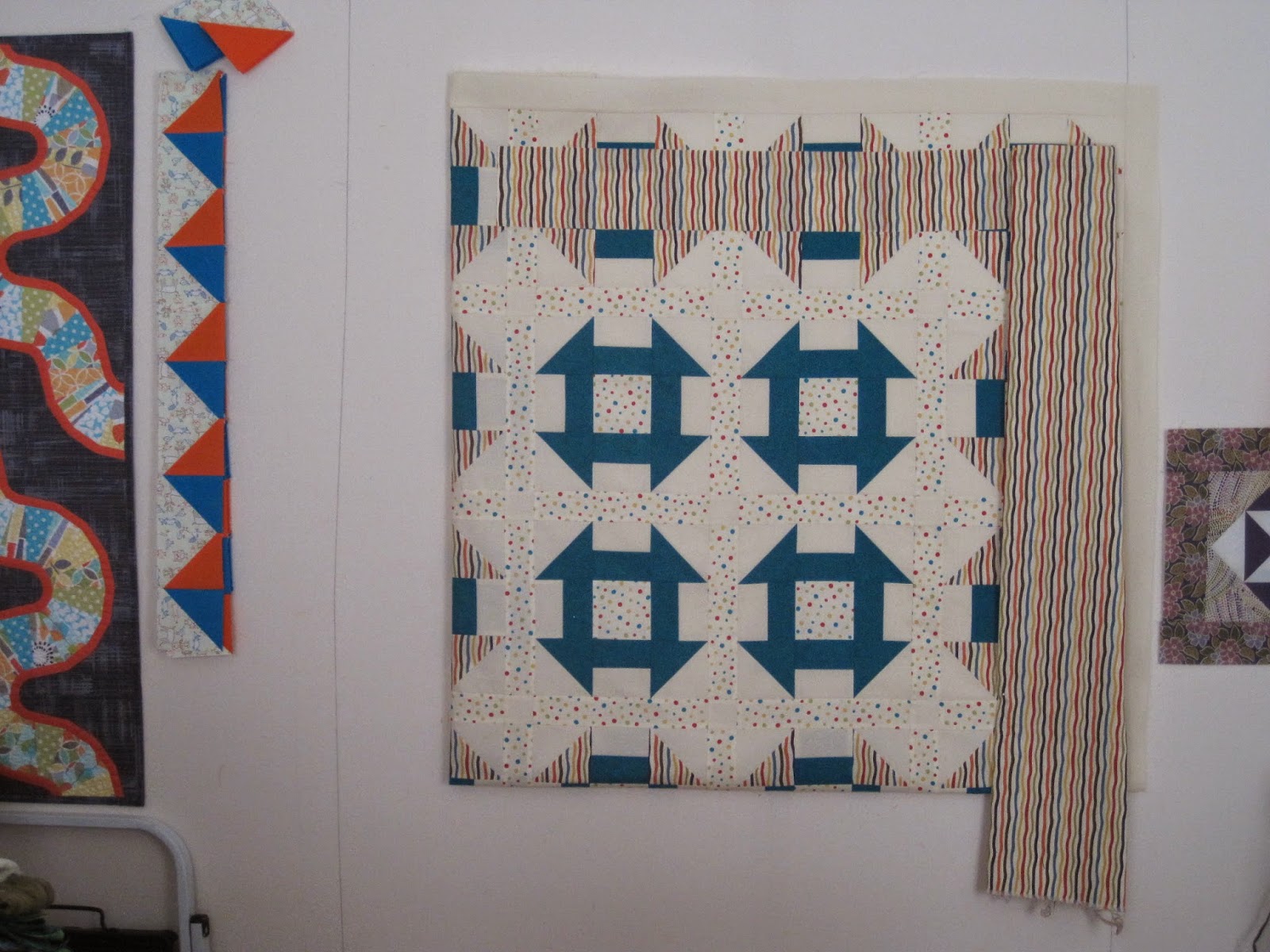 I had several comments last week about how I could salvage this top. Some suggested adding some red, to improve the balance of light & dark, perhaps adding the red to the sashing. Another suggested I import photos of the existing blocks into EQ and play with options. Good suggestion! I tried it, and although the photos didn't work, drawing the blocks and adding my fabrics did. I played with some options but didn't really like any of them.

Then I played with cutting up the Churn Dash blocks DNP style. I added some red ones and some all-stripe ones. Here's one possible layout. I like the streak-of-lightning effect but the color placement needs to be mixed up, which I can do with actual blocks on the design wall. This could make a cute table topper for someone who has red, yellow, and teal Fiesta ware. 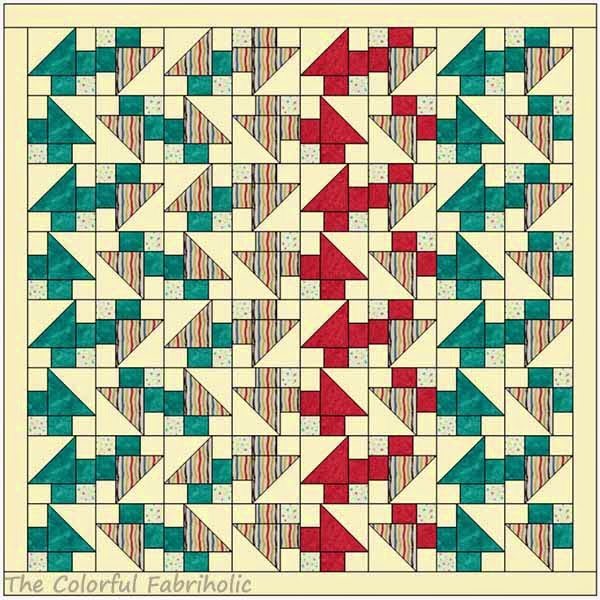 The only sewing I actually accomplished last week was a black nylon pouch to attach to the handlebars of DH's bike. He's riding in the RAGBRAI later this month and he wanted somewhere to keep his reading glasses. So I made a little pouch that attaches with Velcro, just big enough for his glasses, map, phone, and a couple tubes of energy gel.

I didn't post a stash report yesterday because I had nothing in and nothing out last week. I'm not counting the fabric used in the churn dash top until I either remake it into something good, or give up on it and call it a loss.

Linking up with Judy at Patchwork Times; check out everyone else's design wall over there.
Posted by The Colorful Fabriholic at 6:50 AM