I was asked to sew the borders onto the fundraiser quilt for my guild's quilt show this year.

Many people worked on the top, making small paper pieced Peaky & Spike units and/or Square in a Square units. Then a few of people laid out the rows and got the center of the top pieced. Here's what the top likes like so far. I put the top on the design wall so I could measure it. (Sorry for the poor photos; it was very grey and rainy when I took them so the lighting was bad. The background color really is white.) 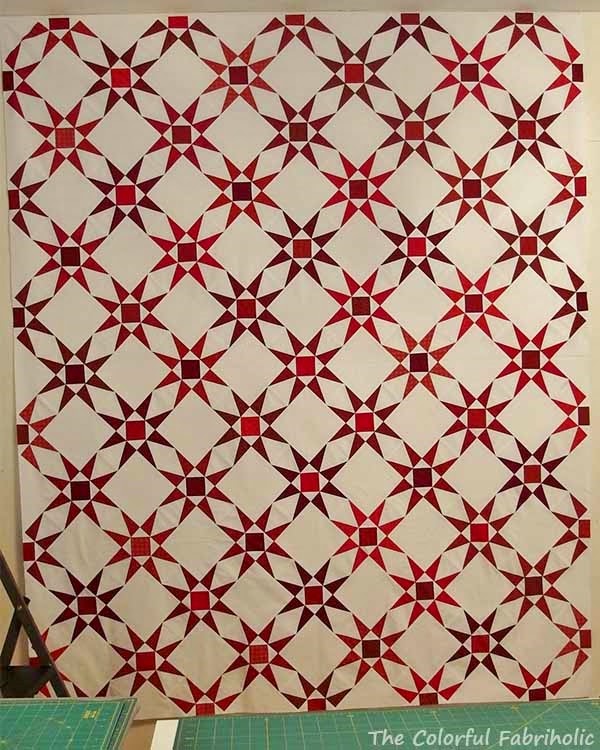 First border attached; back up on the wall to measure again. Harder to fit it all into the photo now! 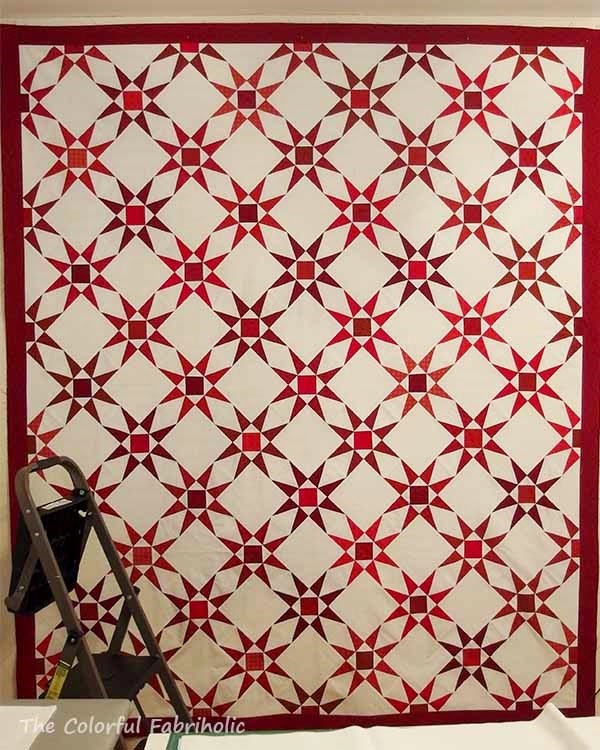 Outer borders on. I had to have DH help put it back on the wall after the side borders were on so I could measure again for the top & bottom ones, but it was too wide to get a photo of it. Here it is on a queen size bed. It's sunny today so the light's better in this photo. 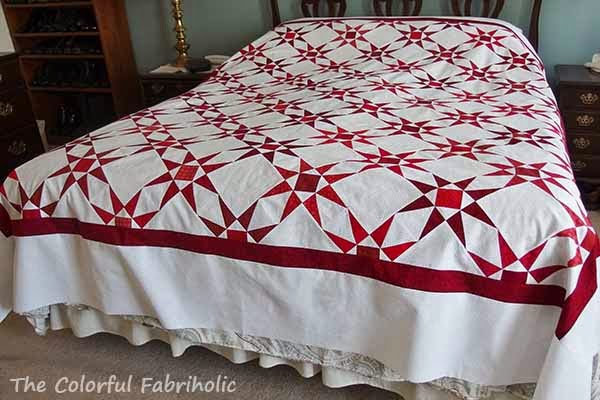 Next up, Sandy E. will custom quilt it. Then we'll be able to photograph it and sell tickets to help support The Quintessential Quilt 2015, a month-long juried & judged show that will hang in the University City, MO, library during October.

Linking up with Judy at Patchwork Times for Design Wall Monday. Check out all the other inspiring design walls over there.

Posted by The Colorful Fabriholic at 9:36 AM