My design wall is a hodge-podge of blocks today. Lots of projects but nothing is far enough along to be anything yet. 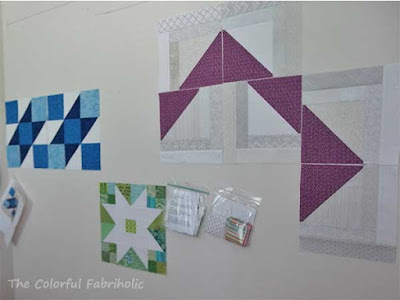 Miscellaneous stuff on my wall

From left to right:
Blocks for a fund raiser quilt. This quilt will be raffled off to help support The Quintessential Quilt 2017 quilt show in University City MO. Members of CSQ guild are all making blocks - several types - and sashing units for this quilt. Blocks are due at the July meeting. 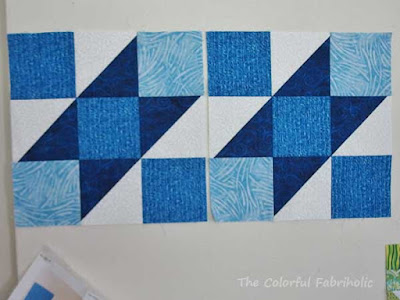 A Bee block in greens. She asked us to raid our green scraps, and I had a lot of greens. 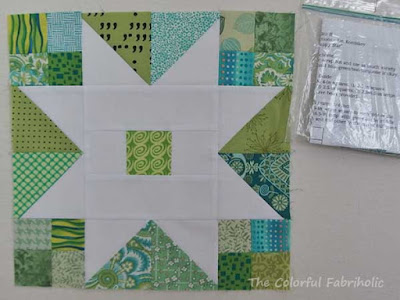 Purple test blocks for a new project. I'll work on piecing more of these Log Cabin Triangle blocks at a sew-in and a retreat later in June. 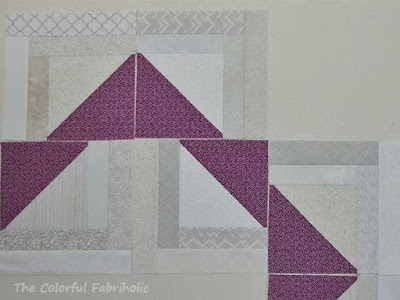 A priority on the schedule for June: quilting Dancing Plus. Here's part of it, pinned and basted. (You can see the whole top in yesterday's post; scroll down.) 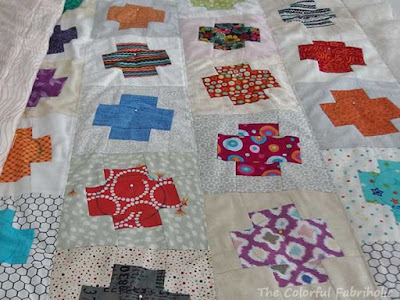 Dancing Plus pinned & basted for quilting

For budget reasons I need to quilt it myself, not send it to a long armer, but it will be the largest I've ever attempted. My quilting skills are limited to the walking foot and free motion meandering. I've considered several design possibilities, including wavy organic lines a la Lorna of Sew Fresh Quilts, an allover meander, and a modified meander.

I'm considering a modified meander with circles in each of the pluses. You can see some of the markings above. I tried a small test, placing the circles the same distance apart they would be in the actual quilt top. Here's the back side of my test swatch: 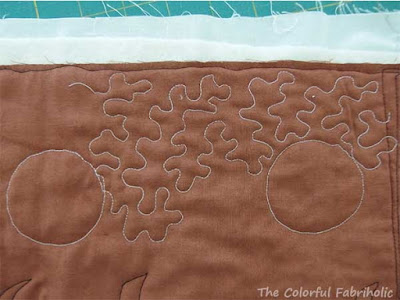 The circles measure a little less than 3" across. With the stitch regulator on my new Bernina I can manage to sew around them on the markings, although they're by no means perfect circles. I thought about trying to meander the background and FMQ in the ditch around the plus shapes, but it's a lot of sharp turns. The circles may be easier.

Or not. This quilt is 60 x 75" and that's a lot of weight to wrestle with. I'm very apprehensive about quilting this one. Maybe I should go back to the organic wavy lines concept after all.

Input and suggestions are welcome; please leave a comment.

Linking up with Judy at Patchwork Times

Posted by The Colorful Fabriholic at 5:00 AM