Has this ever happened to you? I'm meandering along, in the groove, quilting the flying geese baby quilt. 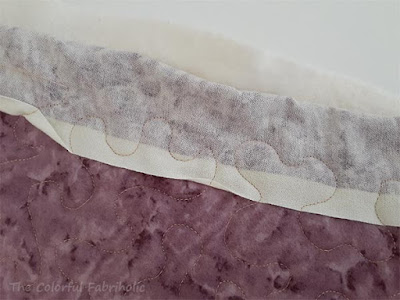 Then I discovered that the backing had flipped over on itself and I had quilted through it. ARRRGGGHHHH!!!!!

Okay, I can fix this without picking out miles of quilting. 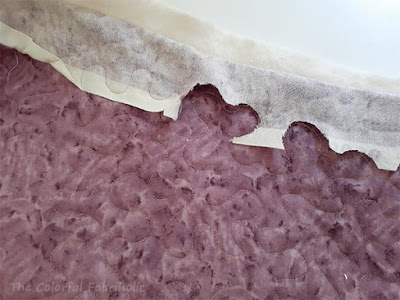 By carefully cutting next to the stitching and pulling the fabric away, I was able to get rid of the bad layer of backing and keep the quilting. Flannel is loosely woven and with tweezers I was able to pull the fibers out from under the stitches. It was tedious, but not as bad as ripping out all that quilting.

Here's what the edge of my backing looked like after I was finished - Swiss cheese!
(Sorry for the greenish photo) 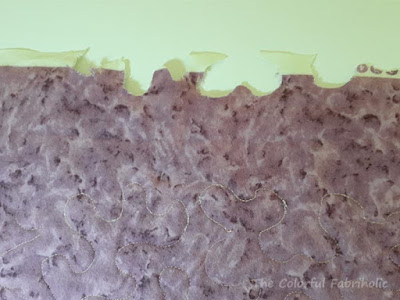 Once the finished quilt is washed and crinkles up nicely, no one will ever know there was a problem.

Here's what the quilting looks like on the top. And under the machine light, you can see that rich purple, which usually photographs black. 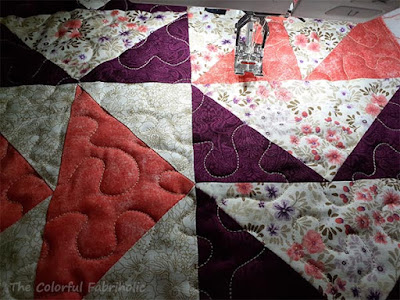 In other news, mama rabbit built a nest in the big flower pot at the bottom of our deck stairs. There are at least five, maybe six, bunnies in the nest, but not all of them are visible in this picture. 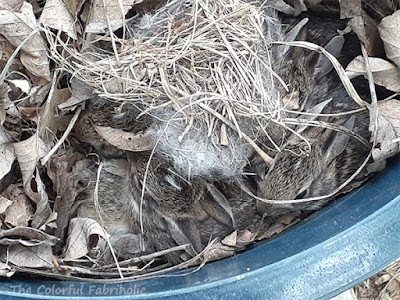 This photo was taken on Monday, and yesterday the bunnies were all gone from the nest.

Posted by The Colorful Fabriholic at 6:43 AM