No sewing happening around here right now. Here's why: 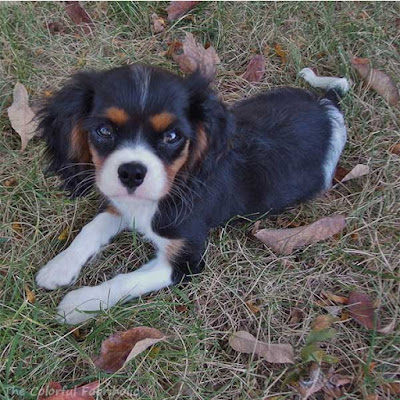 This is Murphy. He's an eleven week old Cavalier King Charles Spaniel, and he came into our family yesterday. 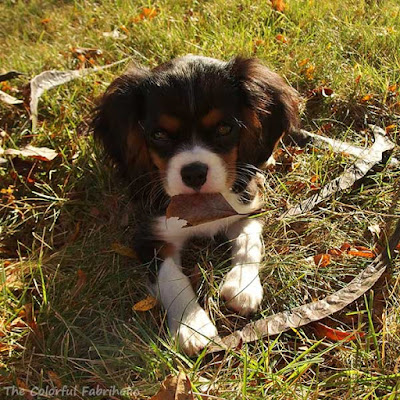 Murphy is a tri-color, mostly black with white and tan markings. Our beloved Baxter was a Blenheim, brown & white, and we wanted the new puppy to look as different as possible within the same breed so he'll be his own individual self. 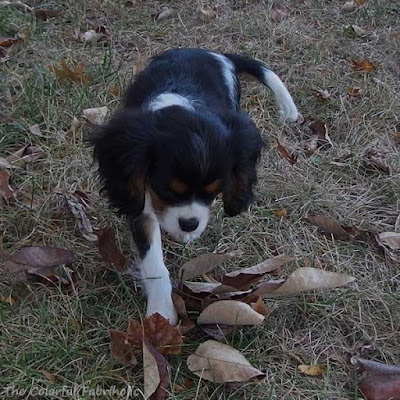 We played in the yard early this morning, and tried to take photos. Some in the sun, some in the shade, and most with Murphy moving, turned away from the camera, not paying attention, etc. Out of many attempts, I managed to capture this one of him sitting still. 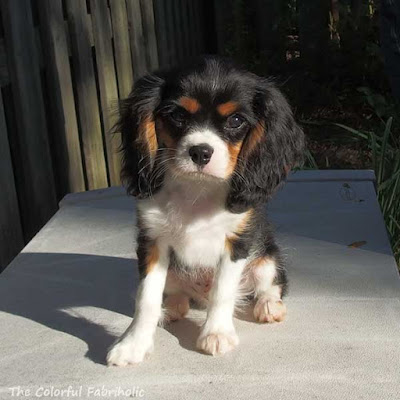 Murphy came from the same breeder in Michigan that we got Baxter from. He did really well on the long car ride home to St. Louis yesterday, mostly slept on our laps the whole way except for a few play & potty breaks. He's quite the lap baby and likes nothing better than to be held. He's learning (noisily) that he doesn't get to be held whenever he wants. He's crate trained and he's doing really well with going outside so far. It will be quite an adjustment for him and for us to blend him into our lives.

Hopefully I'll be able to get back in the sewing room soon, but not until this little guy is a bit more settled in.

Linking up with Patchwork Times & Em's Scrapbag
Posted by The Colorful Fabriholic at 11:44 AM