Sew Much Fun at Retreat

STLMQG held our annual retreat this past weekend; the event is called Sew Me St Louis. We had 60 attendees; more snacks than we could possibly eat; a nice space with great lighting and lots of windows; and several workshops for those who signed up. 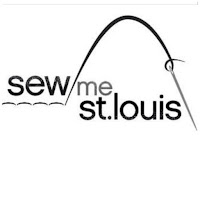 It was crowded, with two people per table, but I think we all had a great time. Even with all the power cords and irons, we only blew one fuse all weekend! 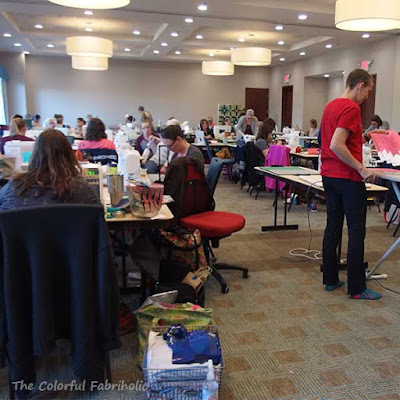 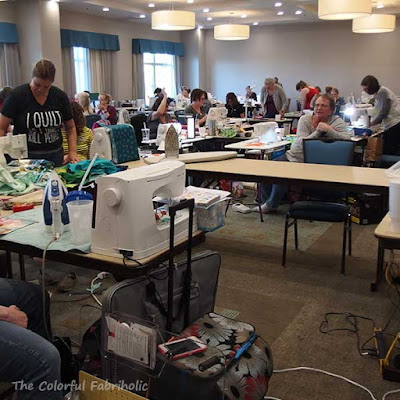 Because of the presidential debate in St. Louis last night, all the hotels in St. Louis were full. Ours was full of security people: Homeland Security, Secret Service, FBI. A cluster of them were having their coffee outside our sewing room windows yesterday morning. Those guys looked straight out of central casting: very fit, sunglasses, pistols, radios, uniforms with various insignia.... There was a bit of commotion as a lot of us clustered by the windows to check out the hottie in the crisp white shirt. Oh, my...  Some of the bolder girls went out to ask for photos, but no photos were allowed.

The other highlight of Sew Me STL was the scrap exchange. Participants brought a baggie of modern scraps, dumped it into the pile, and with organized chaos, pulled any scraps they wanted to refill their baggie. 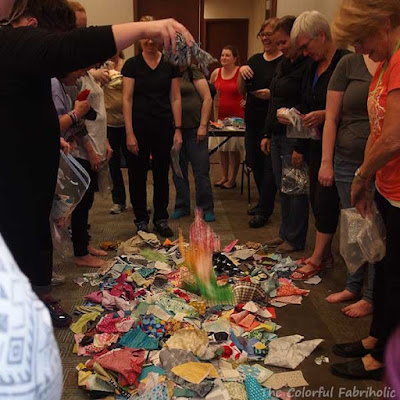 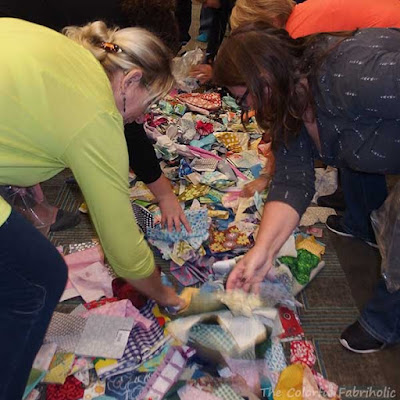 I took along plenty of projects to keep me busy, and I got a lot done. In fact, I'm really pleased with how much I got done. Because it was so crowded in our sewing room, I didn't spread out my projects in progress to take photos of them. I'll get photos and post them later. 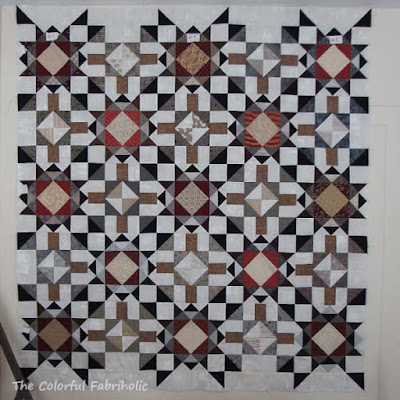 All in all it was a fun and productive weekend, and now I need to unpack my projects, regroup and see what my next steps are.

Linking up with Patchwork Times, Em's Scrapbag, Sew Fresh Quilts
Posted by The Colorful Fabriholic at 8:38 AM