The lumpiness we were talking about has to do with the centers of my Dresden blocks. Can you kind of see the ends of the Dresden blades behind the gold center?

The background fabric has been cut away from the backs of the Dresdens so the batting will fill in when they're quilted. But even if I cut away the background from behind the centers, the seam allowances will still leave a ridge. 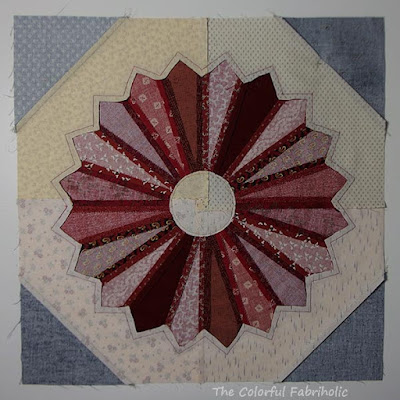 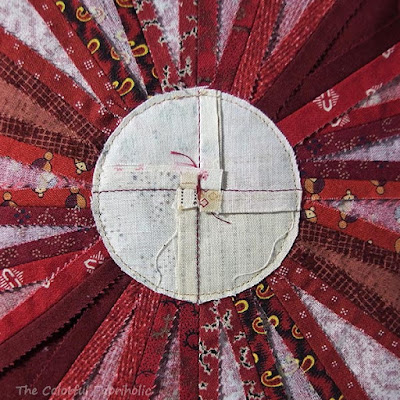 It feels lumpy, and as Margaret says, we don't like lumpy.

So I went back to my original test block to find a solution. Here's the test block, and you can see the lumpiness in the center here, too. 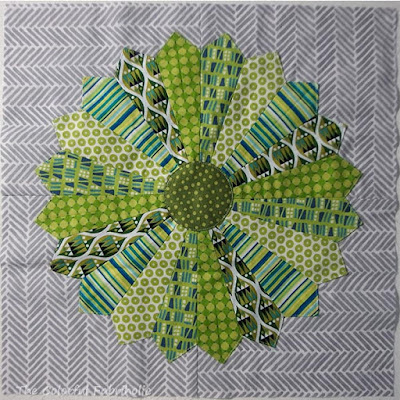 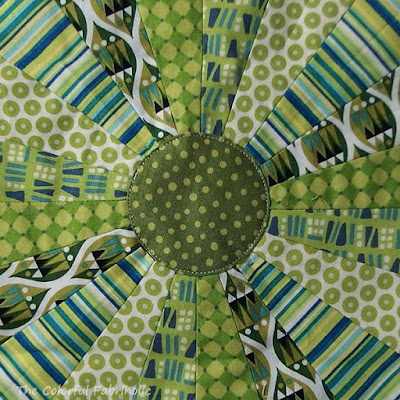 The solution is to stuff the centers of the Dresdens, like trapunto. I'll cut circles of batting, one big enough to fill in the entire center of the Dresden, and another to fill in within the seam allowances to avoid that ridge. Remember circle templates from way back when? Handy tools to keep! (Photos not to scale here)

The herringbone background fabric has been cut away from behind the blades, leaving just the center. I unpicked the seams to open it up. 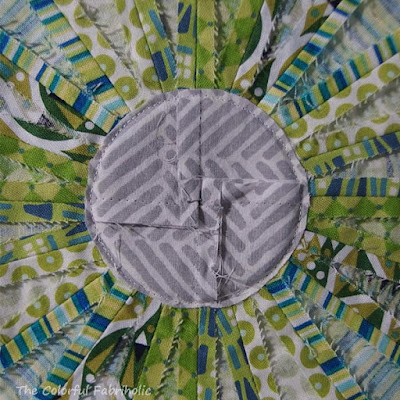 The tails of the blades were did not extend evenly inside there, so with the "flaps" opened up, I carefully trimmed the seam allowance to about 1/4". Very carefully, because I didn't want a slip of the very sharp pointy scissors to cut anything else. I laid in the larger of my two circles of batting, then laid the smaller one on top, and pushed them into the deep part of the center to fill it out. I tried with the smaller circle first, backed by the larger circle,  but on the right side of the block it was still lumpy from the seam allowances. It's much smoother with the larger batting circle filling in the entire Dresden center. 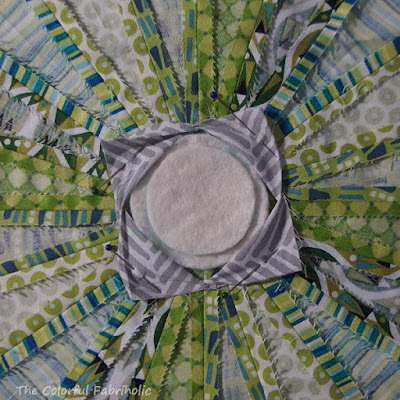 Next I pulled the "flaps" back into position and basted them closed. Because this will be buried deep within the quilt, it doesn't have to be pretty. 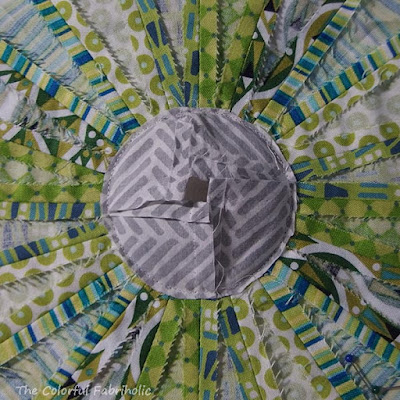 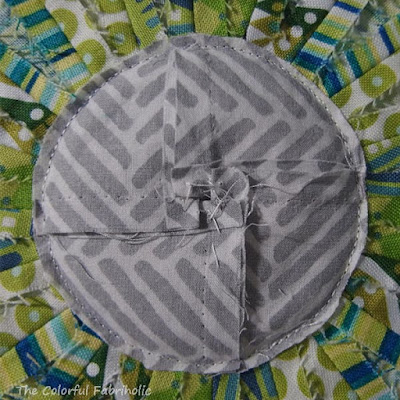 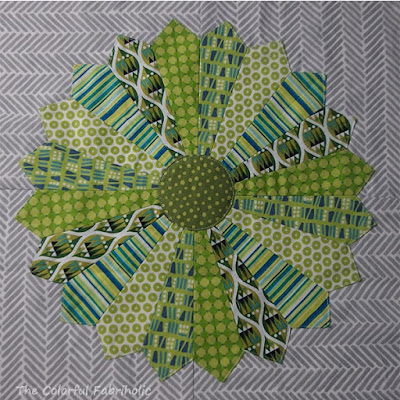 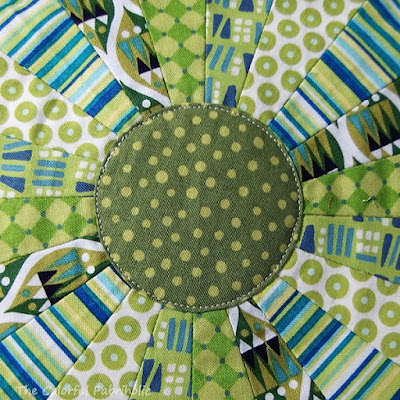 Seems like a lot of fussy work, but to me it's worth it for the Red Project, which is special to me. I can feel and see the difference; maybe you can see the difference in these photos, too. Margaret approves. 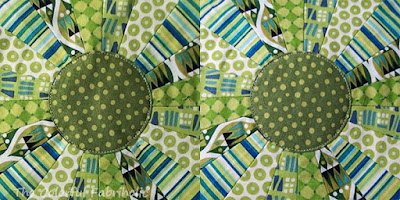 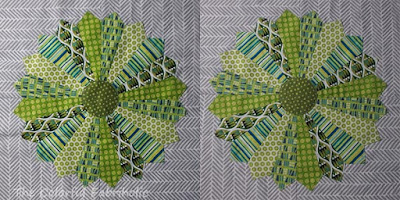 Now to do the same to my 12 red Dresden blocks. That'll keep me busy for awhile, and now that I've explained the process, it won't make for very interesting blog posts, so if I don't post for awhile, you'll understand why.


Posted by The Colorful Fabriholic at 3:00 AM