What I'm Working On

I moved a few blades around and this is the final layout for the Fan Medallion. The blades have been sewn into trios, to be appliqued onto the background fabric for the blocks. Note the shape of the negative space at the center. I'll snowball the inside corners of each block (these are just folded) to create that effect all the way around. 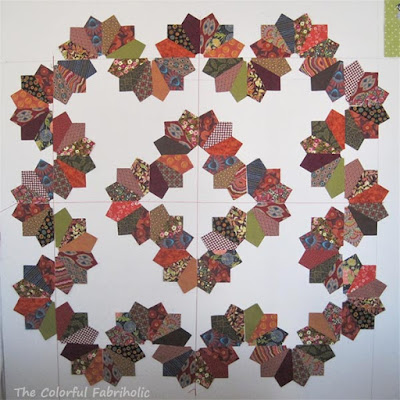 I'm still searching for a better background print so I haven't cut into the possible background fabric I have yet, the yellow print below. It's directional and a defined motif which will be chopped up where the blocks are sewn together. 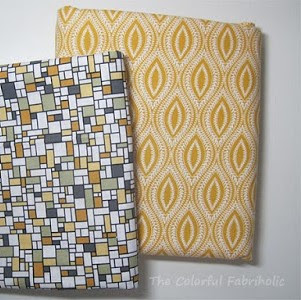 I'm still looking and I found some possibilities on a website, but their minimum cut is 1 yard and all I need is a swatch to determine which one I want. I really don't want to spend $12 per yard for several fabrics I won't need.

Since I can't go any further until I have the right background fabric, and I need the design wall for other projects, I labeled the fans like the cells in a spreadsheet so I could take them down now and later put them back in the right order. 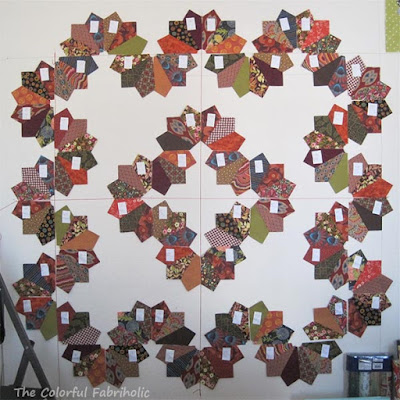 Other than that, not much sewing has been happening. I mentioned in my Goals post that I'm downsizing and prepping for a move in 2020. Thank you to all who commented that I should definitely post about the move here.

I've started going through closets, and in one I found several large cartons of photos that had never been filed. I had one album of photos from a trip in 1982 and my son's first year in 1983, and that's all the photo filing I'd accomplished. Then in about 2005 I thought I'd start currently at that time and work backward, so I had another album with photos from 2003-2005.

In those boxes I found dozens of envelopes of photos, fortunately still in the envelopes from when they were developed, which had the dates of developing on them. Some were even from the years I thought were already filed, so they'll have to be inserted.

I went to the local office supply store and bought a couple of 3 ring binders and all the photo-insert pages they had. I started sorting the envelopes of photos into years, and filed the oldest ones. 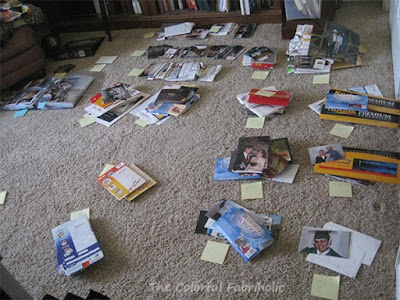 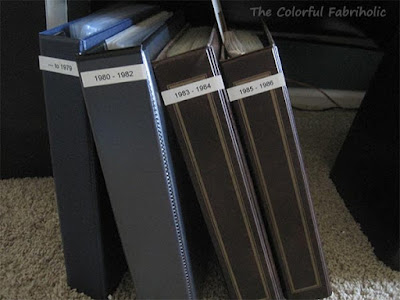 I have a long way to go, but only up to about 2007 or so, everything after that is digital, not printed. So far for every album that's finished I've gotten rid of a big grocery bag of duplicates, outtakes, envelopes, and trash.

Of course, this project is taking awhile because I have to look at all the photos. Here's the pile from 1998, including some from when DH and I went to Las Vegas and renewed our wedding vows for our 20th anniversary.  That baby in the photo at the upper right is a junior in college now. 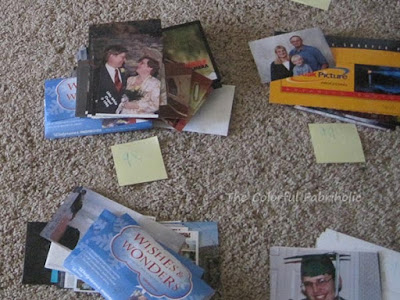 I have more boxes of photo pages and more 3 ring binders on order. I'll just keep plugging away at this project. When I'm done, I'll have a series of albums that will take up only a fraction of the space all those boxes were taking up. However, there's still the rest of the stuff in that closet to get to, when the photos are cleared up from the floor....


Posted by The Colorful Fabriholic at 8:41 AM