Whooping for a different reason

Is it okay to celebrate getting rid of stuff?

As part of my downsizing/destashing efforts, I found some unquilted tops that I know I'll never finish. I was able to find someone who will take them and get them finished for a charitable cause. (I won't mention who because they don't want to be inundated with unquilted tops. They'll blog about it if they want to.)

So today I'm whooping because these UFOs are going to a new home where they'll be finished, donated, and loved. A weight has been lifted off me - literally, nearly 12 pounds according to the postal receipt. Here's what I sent:

Modern Triangles: all from stash, pieces cut when I first got my die cutter a couple years ago. Worked on at Sew Me STL retreat in 2018 and 2019. This was always intended to be a donation quilt. 52 x 60" 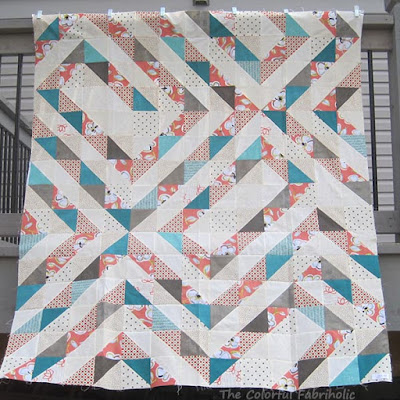 Mitered striped borders demo sample: This was a partially finished top that I used for demonstrating how to match up and miter the stripes in the border. A few months ago I finished the last couple of border seams. I sent fabric for backing and binding along with this one. 52 x 64" 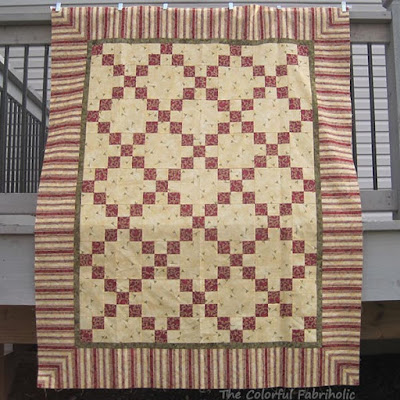 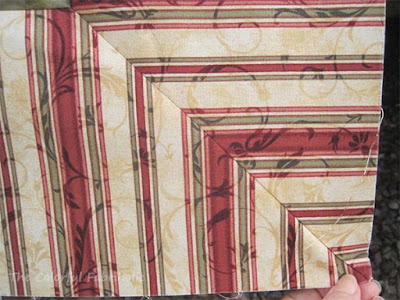 Emerald Isle: This was a BOM from a local quilt shop in 2016 or so. I modified the alternate blocks and the layout from their plan and added some of my own fabric to the monthly kits. It sat in flimsy status because I had no need or plan for it and it's too large for me to comfortably quilt myself, 66 x 79". I sent along binding fabric for this one. 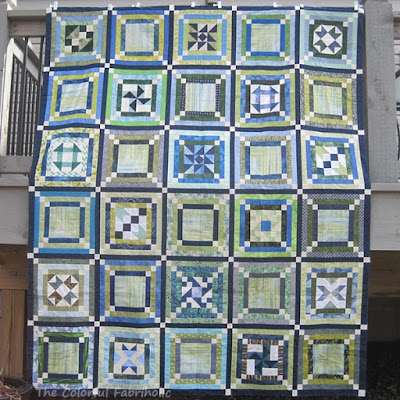 Solstice: Blocks from Pat Sloan's Solstice Challenge from several years ago, some of them modified and some additional blocks of my own. Like Emerald Isle, I had no need or plan for it and it's too large for me to quilt. ~60 x 80". I sent along binding fabric for this one, too, the same fabric as the sashing. 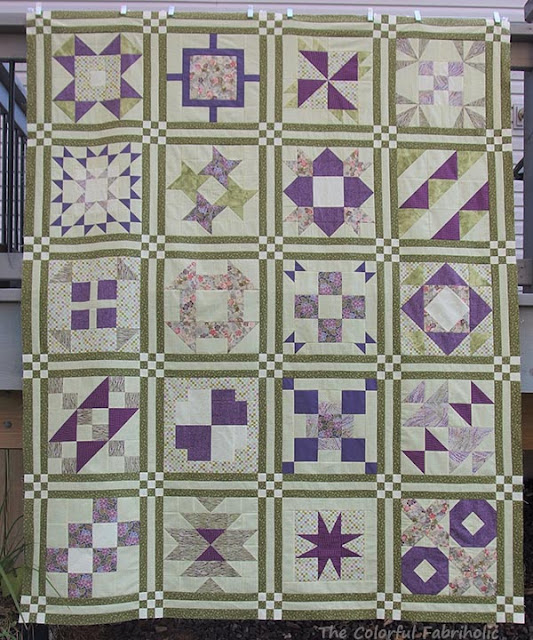 Jagged spiral in batik: I had seen something inspiring by Wanda of Exuberant Color and I wanted to experiment and play, and this is my result. Again, no purpose or intended recipient and too big to quilt myself. 64 x 84" 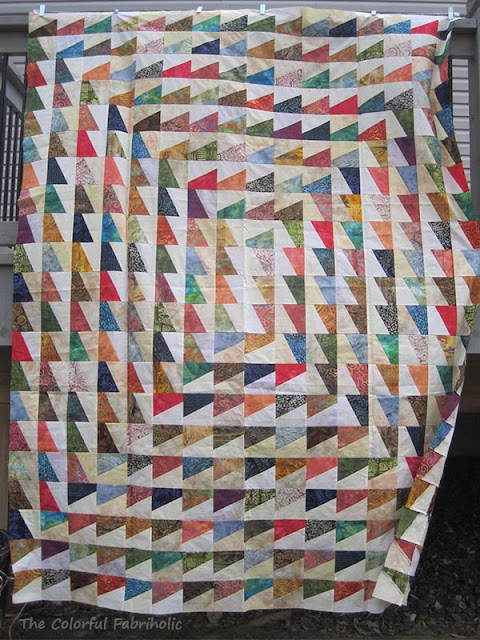 For me the purpose of these tops was the pleasure of creating and making them. Pulling the fabrics or modifying the shop's concept and designing them. It didn't hurt that I was able to work on some skills and practice accurate piecing, too.

So these tops are moving on. Whoo-hoo! Someday they'll be finished quilts and will be donated to new owners who will get some use out of them.

In other purging and moving news:
- I finished sorting and filing the photos. It took weeks. I now have 11 new albums ranging from early 1970's to about 2006. I guess everything was digital from that time on because I don't have prints later than '06. Anyway, now the albums take up less than one bookshelf instead of 3 huge cartons in the closet. An awful lot of duplicate photos, photo processing envelopes and negatives got trashed.

- A friend will take my leftover Fidget Quilt materials and trimmings.

- I'm sending all my old counted cross stitch patterns to someone who would like them. I did a lot of stitching before I got into quilting. The patterns are this person's taste and she can use the canvas and design books.

- I've been going through files (this has been ongoing for months) and shredding what's not needed. I found personal property tax receipts going back to the mid 1970's - apparently we just shoved the current year in the folder with all the old ones. Are we packrats? After my most recent shredding session, I've once again filled the recycling bin with shreds.

Overall, I've gotten file drawers down to one banker box for my dad's stuff (includes small heirlooms) and 3 file drawers for our stuff. Two empty file cabinets will go in the estate sale, not be moved.

- Even though I regularly donate no longer wanted clothing and shoes to the local charity who picks up in my neighborhood, over the holidays we needed to paint the ceiling in our closet so I made my husband purge his stuff. I had a lot of sample shoes from when I worked at a footwear company. I also had a lot of professional jackets and skirts that I no longer wear.  Several enormous trash bags of clothes, shoes, and purses went to others who can use them.  Since we had to empty the closet anyway, we designated a lot of non-clothing stuff to go in the estate sale and got it out of there.

- I'm trying to estimate how much stuff we have to be moved. Movers/PODS want to know how much stuff and how much space it will take up so they can estimate a cost. So I'm going through all the rooms deciding what to keep and what to part with so I can count up how much is being moved. My head is about to explode.

The answer to the above question is Yes, we are packrats. We've been in this house for 35 years and we've accumulated way too much stuff.

But I'm making progress, and I've gotten rid of a lot of stuff already. The plan is to eventually have an estate sale. But meanwhile I'm whooping over the progress made.

Posted by The Colorful Fabriholic at 8:46 AM