LCT: Not Finished, But the Quilting Is Coming Along

I found wide backing that I like for my white-based Log Cabin Triangles quilt. It took awhile for my order to get here, but it finally arrived and now the fabric has been washed and pressed. 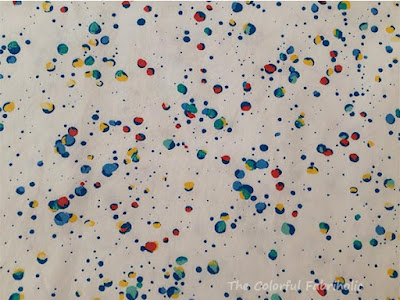 At 54 by 72 inches, this quilt is much too large to baste on top of my cutting table, so I moved the furniture out of the way and basted it on the floor in my sewing room. Crawling around on the floor is certainly not my favorite part of the quilting process, but since I want to spiral quilt this one, it needs to be well and securely basted. I use ordinary straight pins, because my arthritic hands don't like safety pins and the straight pins are easier to remove during quilting. 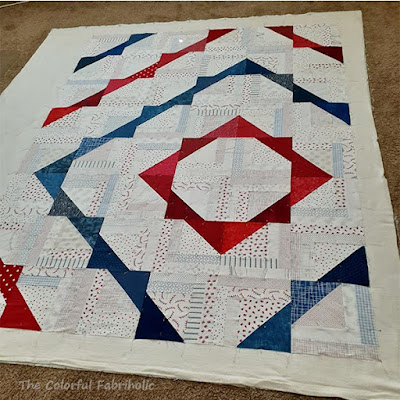 Round and round... I mark the center with a template, then use a gauge on my walking foot to align the quilting. I'll come back and free motion the marked center later. Going clockwise, each round will get closer and closer to the edge of the quilt. The spacing here is 1-1/2" apart, the same as the width of the logs. 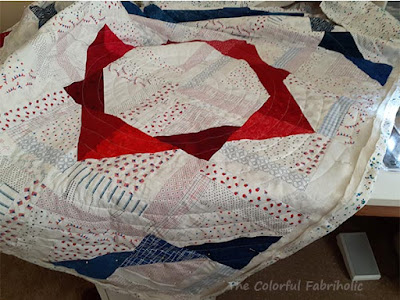 Since I start the quilting in the center of the block layout, not the actual center of the quilt, as I go around the quilting gets to one edge sooner than the other edges. I've learned, having done enough spiral quilting, that that's a very good time to check the bobbin. That's where the progress is in the photo above.

Lots more rounds - partial rounds now, since I'm off one edge - to go. After awhile I'll get to another edge, then the quilting will get easier because I won't be wrangling the whole thing. Last, I'll echo the spiral lines with the same spacing to fill in the corners.

So, not a finish today, but definitely progress. Maybe a finish next week?
Link ups: Confessions of a Fabric Addict,  Alycia Quilts

Posted by The Colorful Fabriholic at 9:51 AM