My LQS has a First Saturday BOM that I participate in. It started in August, so we just received the kit for month 5. This year's theme is autumnal forest colors.  There is a main block, like a leaf, and two matching alternate blocks each month. Here's where we're at so far: 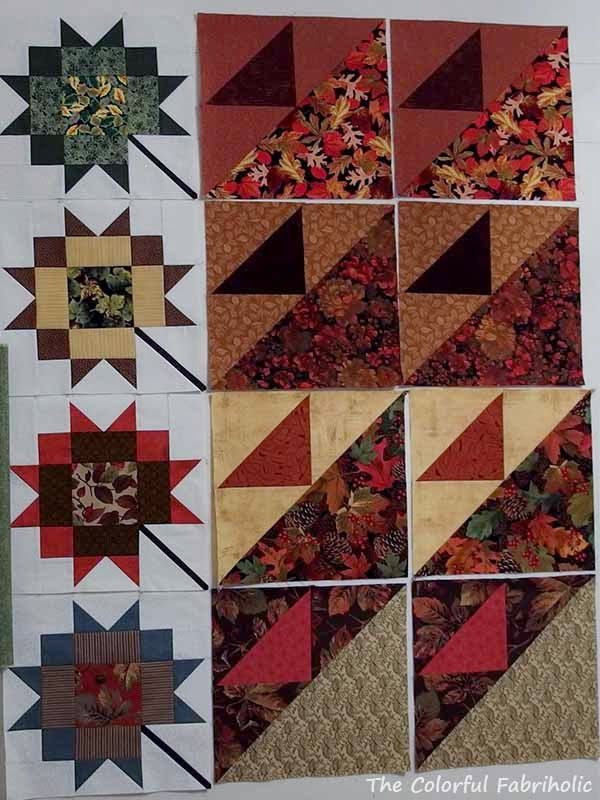 This month's kit for the main - leaf - block has a pastel seafoam green print for the points & squares around the leaf. The pale seafoam seems out of character with everything else, too light and weak. Several of us were talking at coffee after First Saturday, and some of us are planning to swap out something else for the seafoam.

In the photo below, the fabrics in this month's kit are at the upper left. The tan print is the center of the leaf. The brown is for the bars around the center.  And you can see the pale seafoam.  Below these are some greens I've pulled from my stash that I'm considering instead. 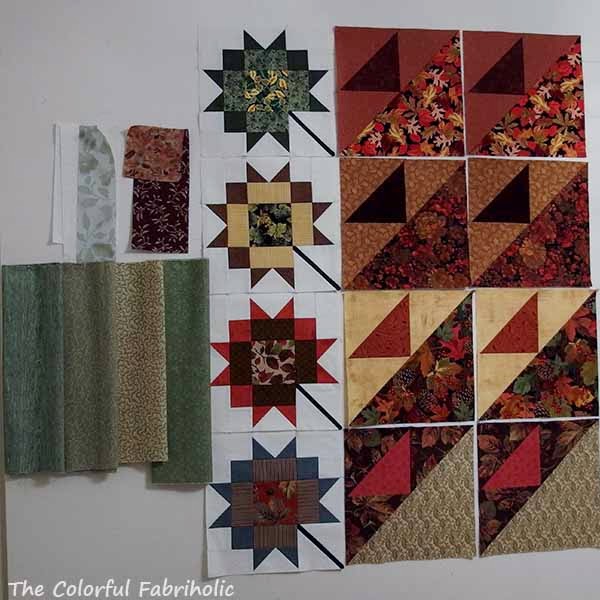 In some of the leaf blocks there is high value contrast; in others it's very subtle. I'm guessing it doesn't matter too much. We don't know what the next seven months' colors will look like, although she mentioned that there would be some purple and it hasn't shown up yet.

I've pulled these four greens from my stash. My first one was #3 because it's lighter, but it' also yellower, more olive-cast than any of the other greens in these blocks so far. What do you think? Which one should I use instead of the pale seafoam that came in the kit?  The colors in all these photos look pretty accurate. Options for green in block

Linking up with Judy at Patchwork Times. And since I didn't post a stash report yesterday, I'll mention now that no fabric came in last week  and I can't count anything out yet.

Posted by The Colorful Fabriholic at 7:13 AM