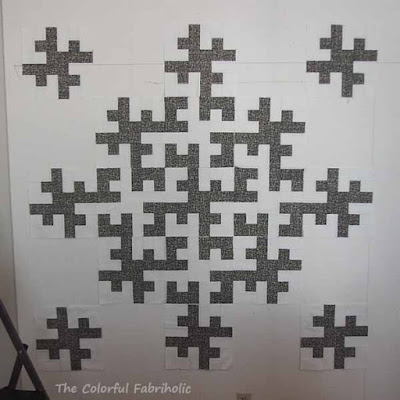 I hope to get the rest of the blocks done this week, and the parts for the border prepped. I want to take it to Sew Me STL (retreat) next weekend to finish assembling the top.

Look at the center. See how shapes that sort of look like stylized antlers rotate out in four directions? Hence the name Antler Dance. The missing blocks will complete the same tessellated motif and fill in the gaps. The border will complete the outermost antlers and frame the quilt, which will finish at 72" square.

Not very colorful, but it's intended as a gift for an avid hunter and his family, so I chose focus fabric that sort of looks like miniature woodland camo and goes with their neutral décor. 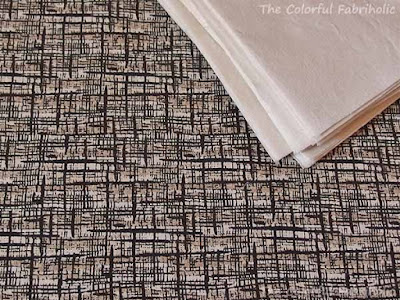 I love this fabric - I used it in Gramercy & Friends, too.  I actually bought it two years ago with Antler Dance in mind, planning to use it and include the pattern in my book, but the editor had a smaller book in mind, so Antler Dance didn't make the cut.

Seems like I've been alternating between colorful and neutral projects a lot lately. I'm cutting pieces for a quick donation quilt in bright pinks, oranges, etc. to have some mindless piecing to do at retreat. I always prefer to have something that doesn't take a lot of concentration. Hard to focus when you're socializing!

Linking up with Judy at Patchwork Times
Posted by The Colorful Fabriholic at 6:55 AM