Yes, I've decided to keep the name Emerald Isle, and yes, it's a finished flimsy. Here it is on my design wall; I hope to get some better outdoor photos later. I like how the Irish Chain effect continues through the sashing and creates movement, but I also like how the chain is broken up by the alternate blocks - more interesting that way. 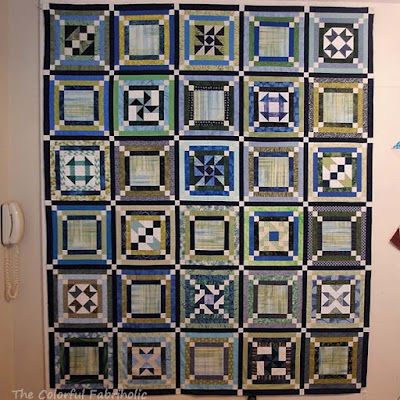 This is the fabric I chose for the binding: a tiny geometric which is in one of the blocks and one of the alternate block frames. I like how it contrasts with the sashing but it's still dark. 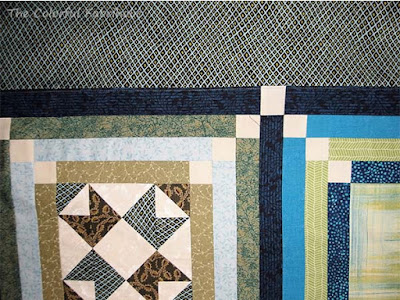 In other news, I'm whooping it up today because my new washing machine is being delivered this morning. Whoo-hoo!!! The old one is over 25 years old and for a long time now has been giving me trouble. It's been rocking and banging around so much that I have to open it and redistribute the load several times every spin cycle, even though we've worked on leveling it and balancing the drum. Last week it leaked a little onto the floor. Enough already, it lasted longer than the average washer, but the time has come to replace it. We decided to shop for a new one while the stores all had their Labor Day sales. Now I won't have to stay nearby all the time to rebalance the load, and I expect the new one will be a lot quieter. Whoo-hoo!


Linking up with Confessions of a Fabric Addict
Posted by The Colorful Fabriholic at 6:42 AM