I'm on a roll with Kevin the Quilter's pattern "Goodnight, Darleen!" featuring string piecing. As a reminder, here's what the pattern looks like: 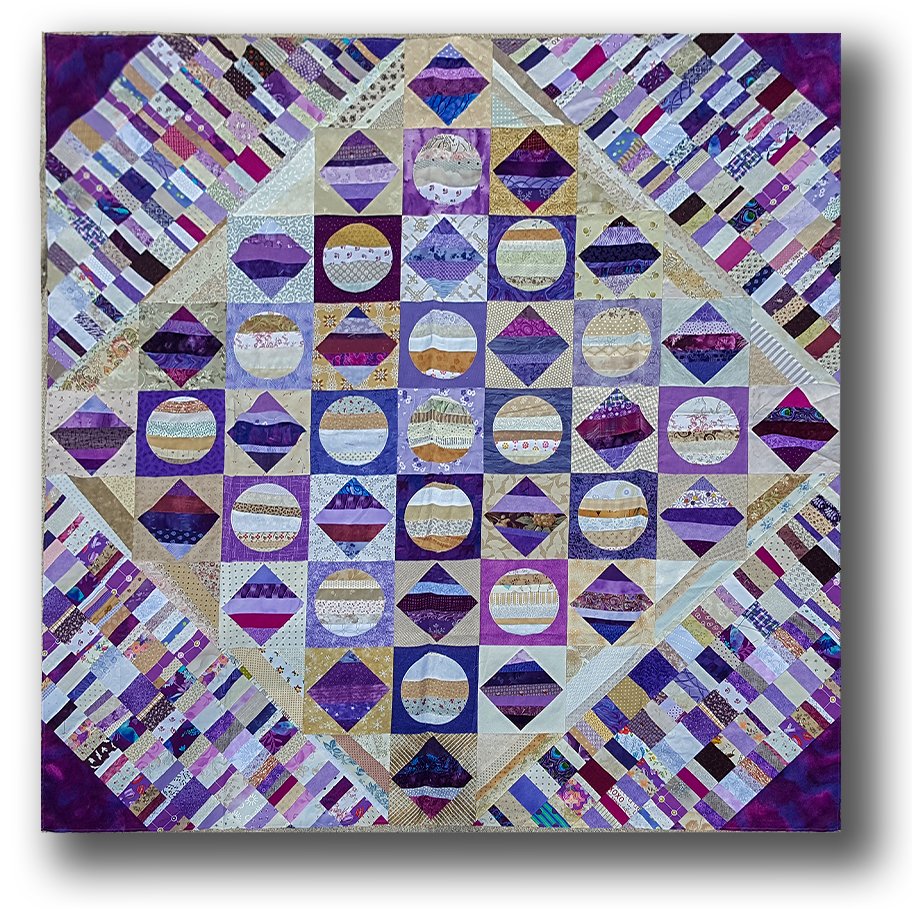 Image courtesy of Kevin the Quilter

In class, we made square neutral string blocks to set at the end of each row, which are later trimmed off to form the diagonal sides of the center medallion. I didn't want to end up with excess leftover triangles, so I pieced oversized squares and cut them in half before setting the blocks into rows. 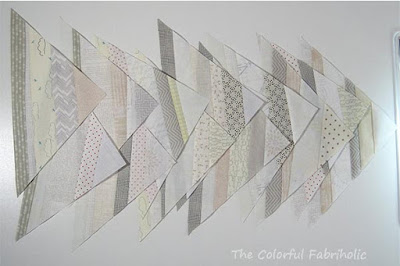 I'm liking this! Here are the rows on my design wall: 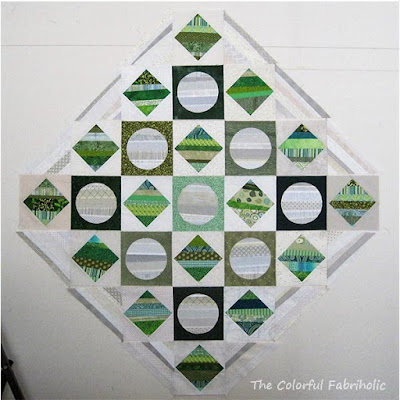 Next up, those sparkling diagonal borders. In class, we pieced strings onto phone book pages and cut them to the width needed, then joined them into long strips. Rather than piece onto paper, I'm just chain piecing short strips. 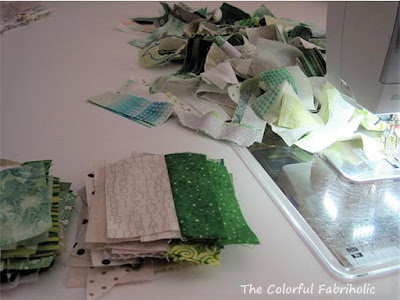 Twosies, foursies, etc. When I had a bunch of them, I squared them up to the correct width so I can join them together into the lengths needed. 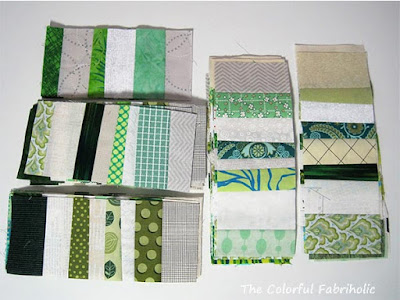 They required a bit of trimming to square them up. Therefore, Mount Snippet has grown. 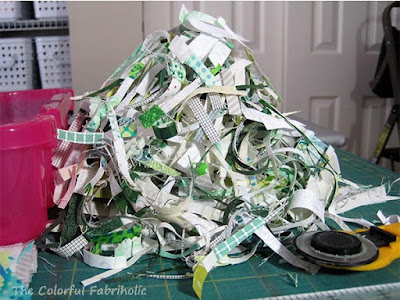 As you can see, it's twice as tall as my project box, and about 10" in diameter. That's a lot of trimmings!

I'm making my version of "Goodnight, Darleen!" smaller than Kevin's so I don't know the exact lengths of border strips I'll need. I'll know the longest ones when I finish sewing the rows of the center together, then I can figure out the rest from there.

I'll be seeing Kevin again at the end of the month, and I'm hoping to have a finished flimsy to show him. If you're interested in his pattern, you can contact him via his blog, Kevin the Quilter.

Link Ups:
Confessions of a Fabric Addict
Wendy's Quilts and More
Posted by The Colorful Fabriholic at 7:59 AM