After quilting the spirals in the Paddington Bear baby quilt, all that was left to get it finished was the binding. Voila, a newly finished baby quilt: 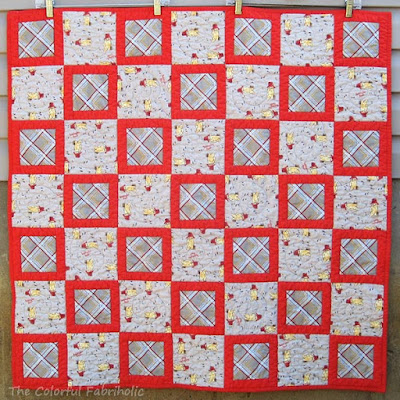 The spirals are far from perfect, but they're a new-to-me skill, so I'll consider them good enough. 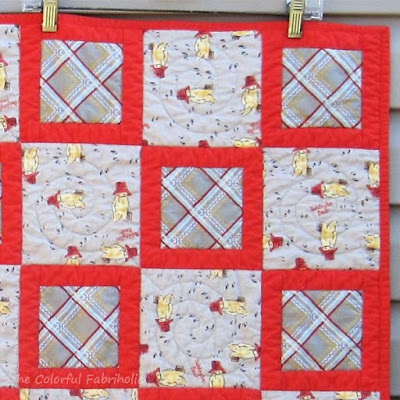 This quilt will be donated to CSQ for Operation Shower, which supports expectant military families.

I finished another donation quilt recently but haven't blogged about it yet. I had an old UFO top, pieced in 2008, and had the backing for it already pieced, but it sat in time out for a decade. 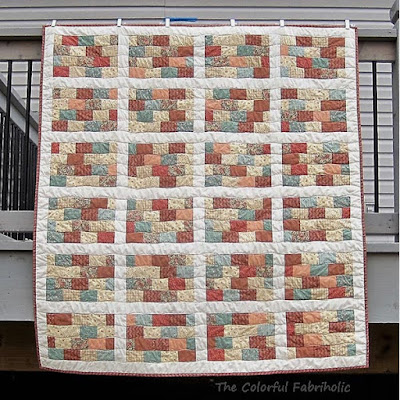 I designed in in EQ5 (yes, that long ago) and called it Bricks and Mortar. 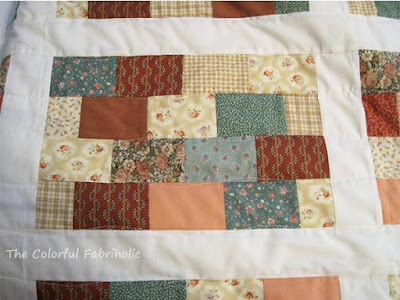 The hold up, the reason this remained a UFO for so long, was that I didn't have the skills to quilt it back then. I hadn't yet heard of "organic wavy lines" as a type of quilting and I didn't have any FMQ skills at all. I also didn't have a walking foot back then. 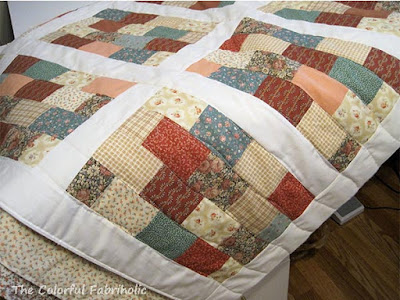 The colors and prints were already very dated back in 2009; they're mostly 1990's-ish. Some of the fabrics were from my mother-in-law's stash, and she died in 2008, so I know most of the fabrics are earlier than that. That calico on the right - a 1980's VIP print from MIL's stash. 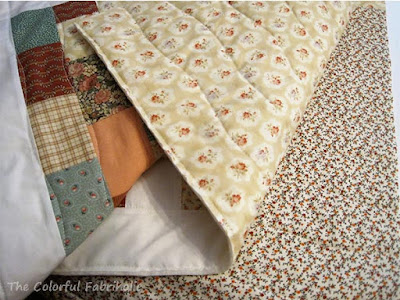 The trefoil print was from before 1996. The tiny rosebud print was from MIL's stash and feels like it may even be a cotton/poly blend. They were all used in the backing which was already pieced when this project became a UFO. 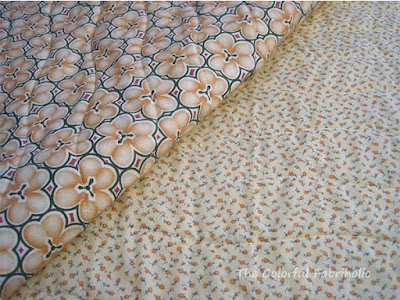 At the time, my sewing room was primarily the guest room in our house, and these colors coordinated with the already dated decor. They also matched my mother-in-law's home.

This quilt measures about 58" x 62". Since the colors would appeal more to someone elderly, I'll donate this quilt to Bernie at Needle and Foot for her Mercyful Quilts, where it will go to a hospice patient. 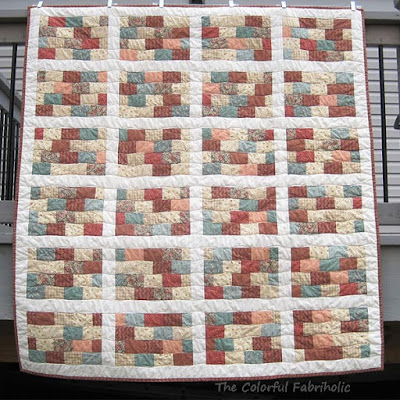 Now that this quilt is finished, it's no longer a UFO, no longer a basket of guilt. It sure feels good to cross this one off the list!

Linking up with Confessions of a Fabric Addict
Posted by The Colorful Fabriholic at 8:30 AM