One of Those Days

Seems like I had the anti-Midas touch the other day. It should have been easy piecing, but everything I tried to sew turned to %#@*.
Sigh.
However, I persevered.
Let me explain:

STLMQG announced their Color BOM challenge for this year. Here's the challenge:

Of course I have to participate! I searched through my stash of greens - I have a lot of greens - for some that represent one specific hue.  I found several yellow-greens that work. Here are snippets I can carry with me so if I'm fabric shopping I can add more to the collection. 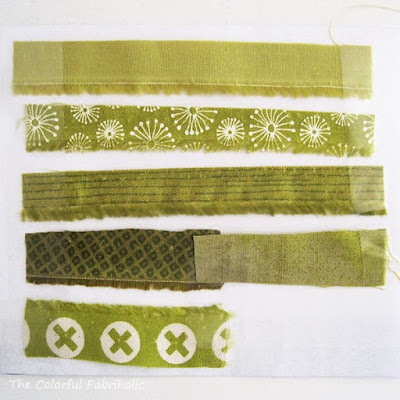 The skill for January is Nine Patch. The example they showed isn't just a simple nine patch, some of the patches are HSTs, so anything pieced on a nine patch grid will qualify. I decided to make a Card Trick block. 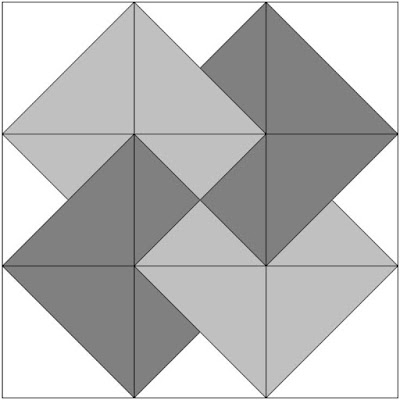 I didn't think to take in process photos, but basically I cut all the components from four of my greens and carefully laid them out. Two of my fabrics are directional, the sketchy stripe above and another print not shown above that I found in my scraps. That meant I had to cut accordingly so the stripes in each "card" would all run in the same direction.

OK, cutting accomplished, and I carefully laid the pieces out and sewed the components together. Squared up and trimmed the units to exactly 4-1/2". Then I laid them out again to piece the nine patch. What the ?????  The fabrics came out in the wrong places! How'd that happen?? I guess when I picked up the QSTs and matched them, I sewed the seam on the wrong edge, in every unit where there's QSTs.

Every one of those seams is bias and the units were already trimmed and squared up. If I rip, there's a strong likelihood the bias will get stretched and distorted. I have only a little bit of some of those fabrics and I need to stretch what I have for the whole year-long project, so I really don't want to waste what I've already cut.

So I starched the units heavily, using a popular commercial pressing spray loved by many quilters. I allowed the starch to dry, and pressed, trying not to distort the bias seams. Then I carefully unpicked the seams. I laid out all the pieces again and this time got them sewn together correctly. Hopefully those bias seams aren't distorted too much.  This time I was actually able to assemble the nine patch block. 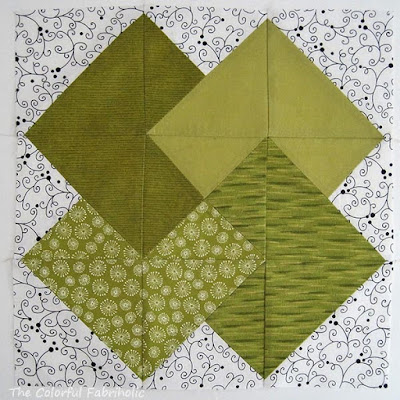 Then I discovered that the starch had stained the fabrics. You could actually see stains where there was starch and a color difference where there was no starch. So I wet down the whole block and pressed until it was dry, blocking and trying to retain the size and shape as best I could. The stains are less visible now and don't show in the photo, so I'm hoping they won't show in the finished quilt after it's washed.

So what should have been a "simple nine patch" ended up taking hours. But wait, there's more!

My plan is to follow along with the color BOM which will yield at least 10 different blocks. They may not all be the same size. I'd like to put them all together in a puzzle style, kind of like a Gypsy Wife arrangement. That means I'll need a lot of small filler blocks to fill gaps in the layout. Economy blocks are great for that. If I make a few each month along with the main block, I'll have a good start on what I'll need to assemble the top.

3" economy blocks are best paper pieced for accuracy. It's been awhile since I paper pieced. Um, remember with paper piecing the fabric should be right sides together, wrong side to the back of the paper? Yeah, I screwed that up. Carefully ripped corners off four blocks. Repositioned the parts correctly and sewed again.

I forgot how much bigger you need to cut the patch than the actual size it'll end up. My corner pieces were too small. I didn't notice this the first time I sewed them wrong - yeesh! So I ended up ripping corners off of four blocks again. Yes, my seam ripper got a workout that day. I recut all the background triangles and tried again. Success! 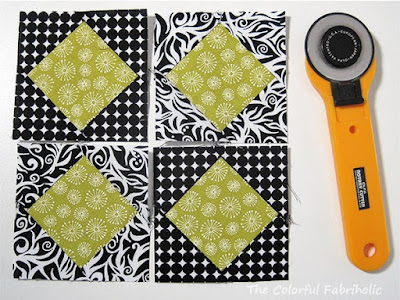 I'll be using a variety of black and white prints with my yellow-greens for this project. I have no idea what the final layout will look like. I know there will be places I want sharp value contrast, and probably other places where I want the filler blocks to recede. Medium values and less contrast will help with that. My plan is to make a few filler blocks each month along with the main block. We'll see where this ends up in about a year.

So today on Whoop Whoop Friday or Friday Finish day, I'm celebrating one block and some fillers. Big whoop. But after the frustrating day I had making them, I'm happy to have them done!

Posted by The Colorful Fabriholic at 8:23 AM