At the PCQ holiday luncheon back in December I gave a trunk show to the PC Quilters. Part of it featured my book Cut and Shuffle Quilts (now out of print). Here are photos taken at the event: 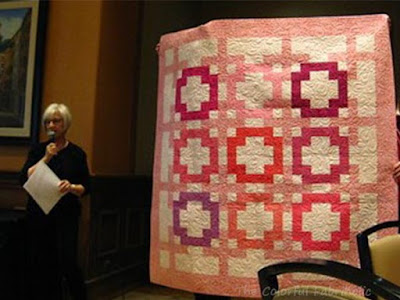 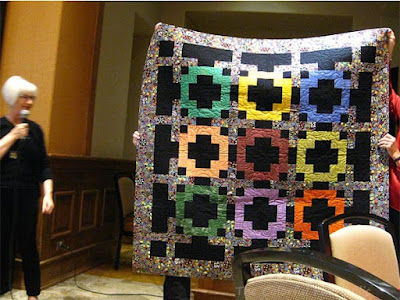 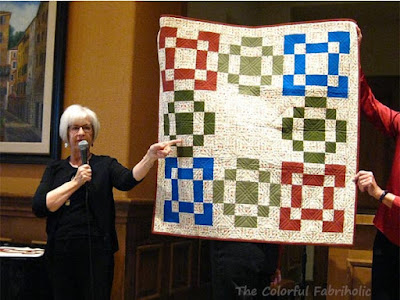 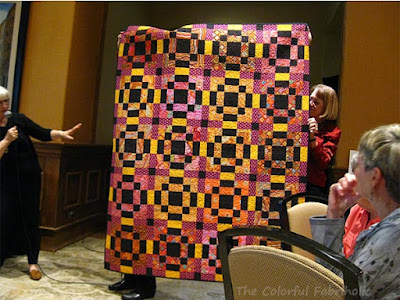 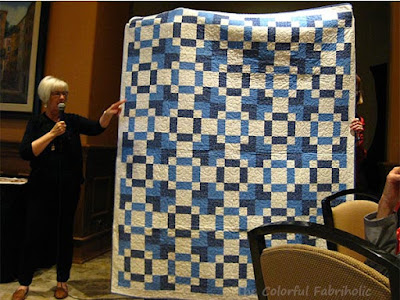 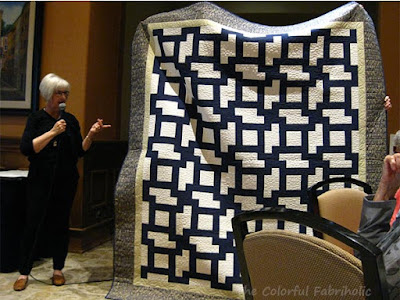 The book is out of print but I had held back my last 12 copies knowing I would eventually move to Arizona. My last copies are now sold out.

As a result of the trunk show they asked me to teach a cut and shuffle class, which took place earlier this week. I had 10 students, and they all did great. I love it when students come on time and prepared! For those who didn't get a copy of the book, I had a stand alone pattern of the Positivity quilt available for them.

We made one sample of each of the blocks in the book. We started with a framed square called the Block Mama, cut it into pieces, shuffled the parts, and reassembled them into the blocks. First we made the Plus block used in Positivity. 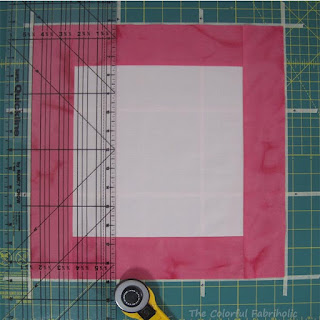 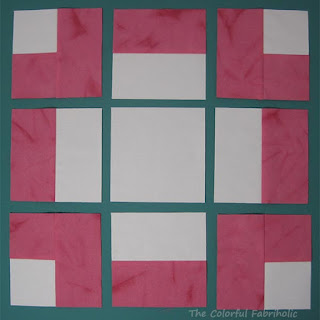 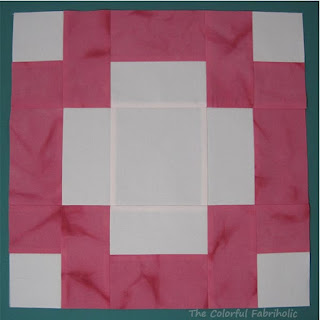 The Plus Block
Simple concept, and everyone had fun with it. 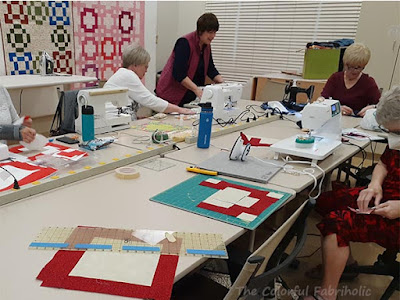 Next we made the Four Corners block, my favorite and I think most everyone else's favorite too. 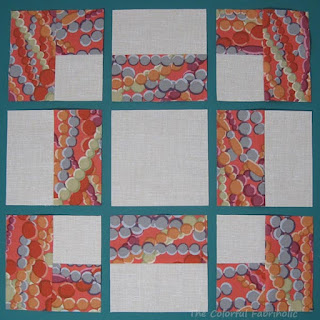 Parts for the Four Corners Block 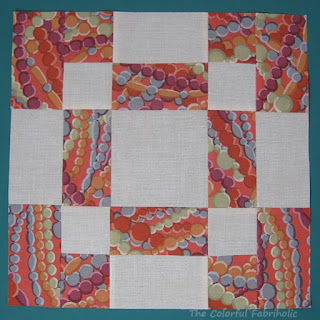 To assure accuracy we talked about several methods of marking either the cutting mat or the ruler with tape, and we taped down the blocks so the parts wouldn't shift while cutting. 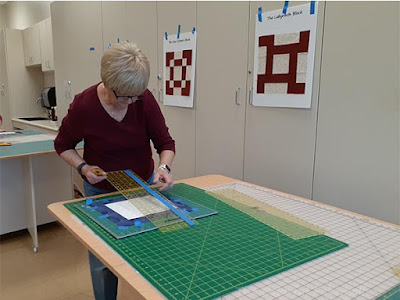 The third block we made was the Labyrinth block. It looks a bit wonky by itself but laid out in a quilt it works. 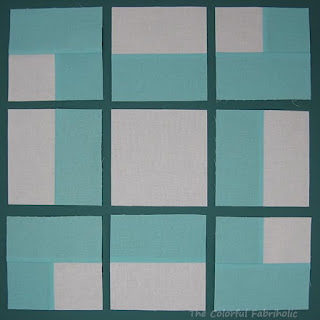 Parts for the Labyrinth Block 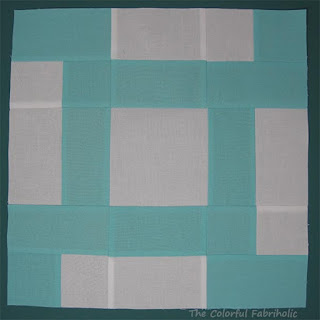 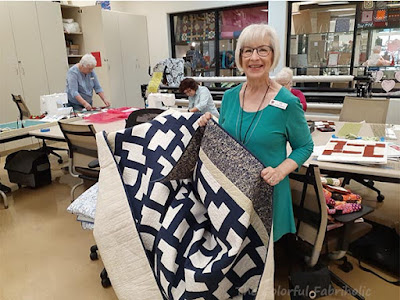 We have a nice, bright sewing room with plenty of workspace, cutting stations, and ironing stations for a class of 10-12 students, but the room is much too small when a larger group is present and someone is using the long arm. We get pretty crowded at social sewing! 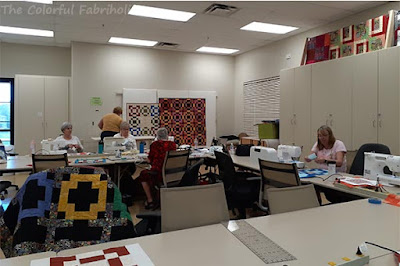 I think everyone had a relaxed and fun time at class, and I certainly enjoyed sharing my cut and shuffle method with these new friends. 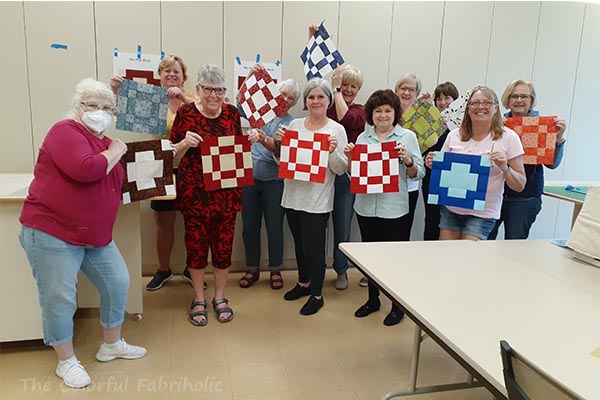 Posted by The Colorful Fabriholic at 10:48 AM