I had so much fun at quilt camp. Thank, you, Chrissy, for inviting me!

You may remember that I had packed up my KBFG project (Kaffe & Batik Flying Geese) to work on at camp. 390 flying geese units, previously laid out on the design wall, all organized and stacked up for assembly at camp. 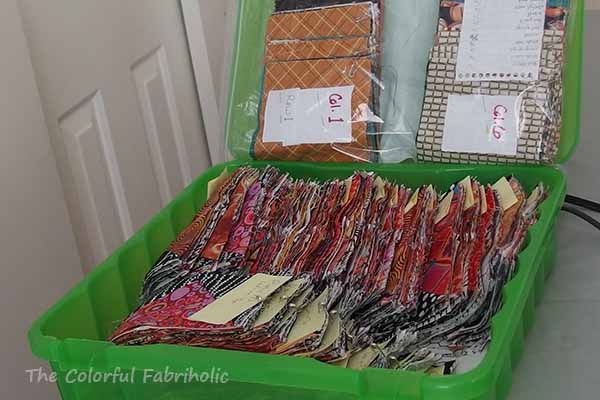 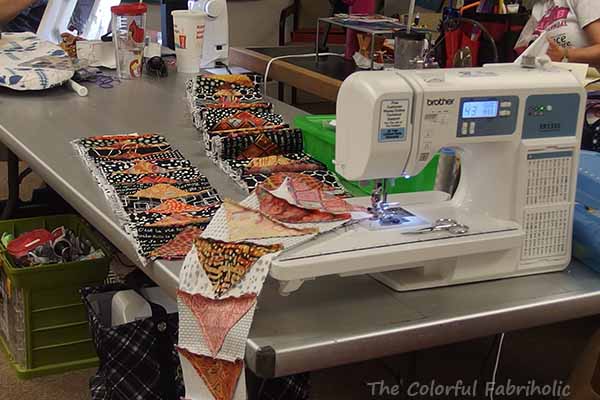 My workstation at "quilt camp"

It took hours and hours. It became boring after awhile, but camp is the perfect setting to work on something like this. I'm here to sew, which puts me in Energizer Bunny mode: just keep going and going and sewing. 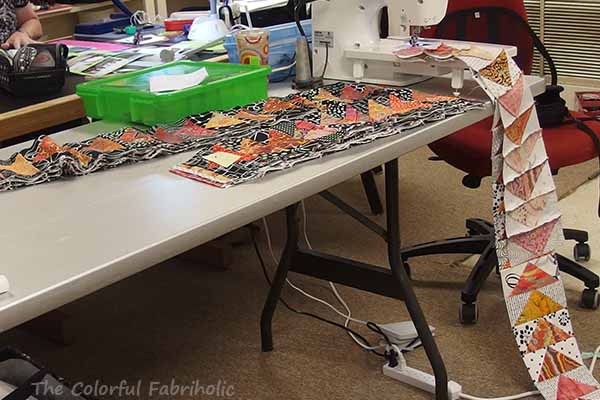 In work at camp

Eventually all the strips were completed and laid out on the floor in the hall. Once last chance to check print placement to make sure the same print wasn't too close to itself. Whew, no ripping and moving geese needed. 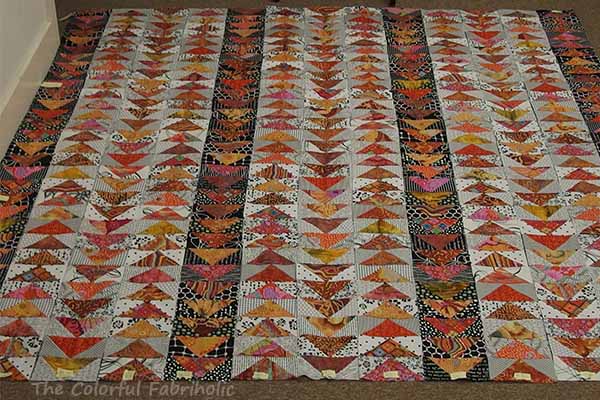 Ah, very satisfying progress! I just love all these fabrics together. Such a riot of color and pattern, within a somewhat controlled palette. 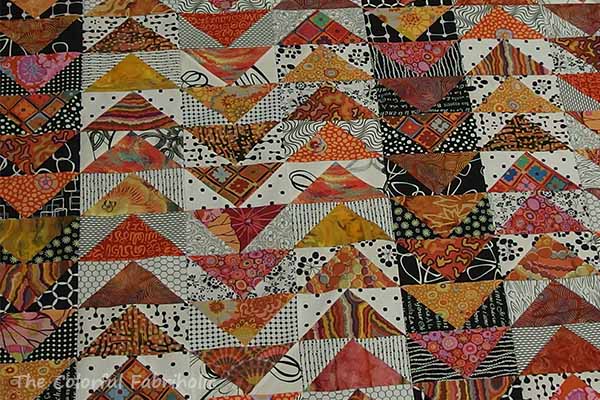 By the time it was time to pack up to leave, I had seven of the strips joined together. That's a lot of seams to match and points to be careful of!  Here they are laid out on a flannel-backed tablecloth, which I could roll up to take home. Five more long seams to finish at home, and I'll have a completed flimsy. 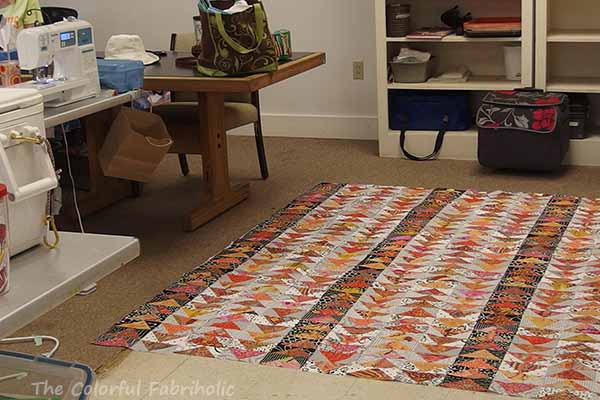 I hope to get back to them this week, but I have a deadline project due Saturday that I just found out about at camp, so I don't know whether I'll get this KBFG flimsy finished this week or not.

About that deadline project: Due to some scheduling issues and special events, STLMQG isn't going to have regular meetings in September and October. Therefore my bee won't be able to meet those months. Since several of us in the bee including the leader were at retreat, we decided that the people who were to hand out in September (Chrissy) and October (me) should hand out in August, this Saturday, and everyone will have until November to get their blocks done. Some members have prior months to catch up on, too, so November will be a big reunion & block reveal month.

So, I have to get my project together to hand out Saturday. Fortunately I have a plan and it's partially started. I just have to write and post a tutorial. We'll be making Dancing Plus blocks. I'll post the tutorial on this blog later this week so I can include a link to it in the instructions. 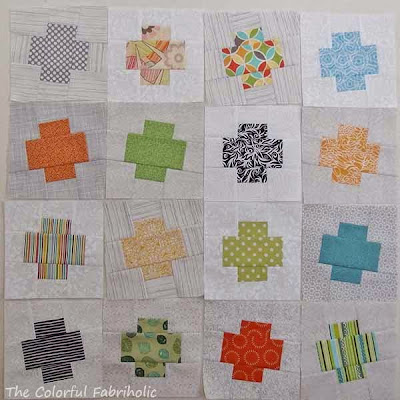 Dancing Plus blocks
So that's what's on my plate for this week. What are you working on? Check out the inspiring projects at Patchwork Times.
Posted by The Colorful Fabriholic at 7:41 AM